The hydroelectric project has installed capacity of 2.196 Megawatts, which will power 975 Vermont homes with clean, renewable energy. The power is supplied by 12 turbine - generators with six units in each array. Water from the reservoir flows
through the turbine (runner) causing it to rotate, spinning both the turbine and generator, which produces electricity.

Currently, WMVE Was hire by Eaton to install the power system.

The Army core had an existing flood control dam that Obermyer and Eagle Creek teamed up to install 12 new tubines on the existing gates.

A new control building was built to house the new switch gear as well as the 12 dc inverters, power panels, plc. 21 pcv conduits where installed from the new control build to the existing bridge then 24” cable tray was run under the existing bridge 340’ then half way around the tower. Then two 12” cable trays where run 100’ verticly down the town at the base of these two 12” trays a steel bracket was anchored to the tower to hang the cables from to create a festoon system that will allow the new steel structure to raise and lower in the water. 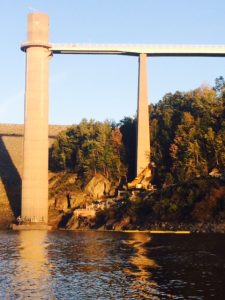 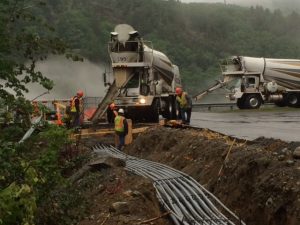 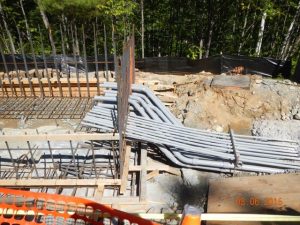 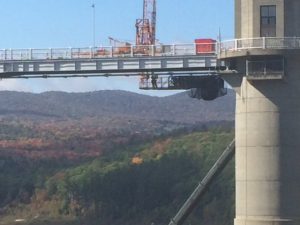 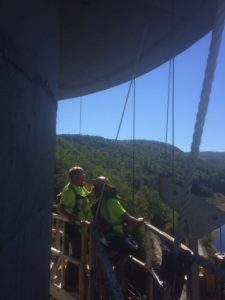 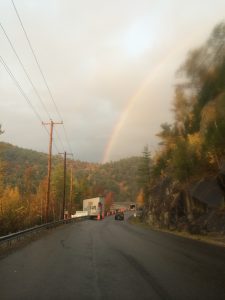 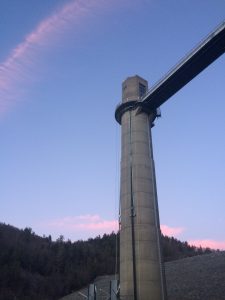 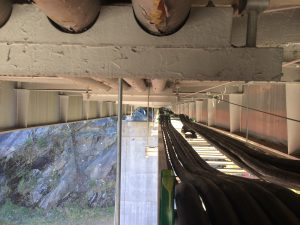 New 24" cable tray with cables being installed below bridge 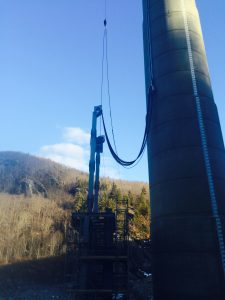 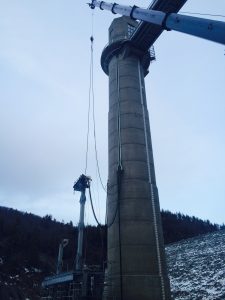 Lifting cable with crane to install in steel tower 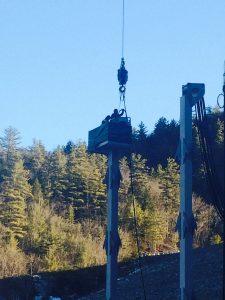 Installing cable down steel tower to turbines 100' below 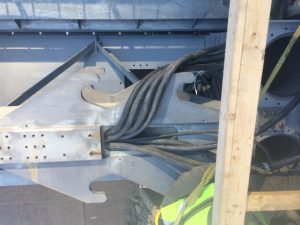 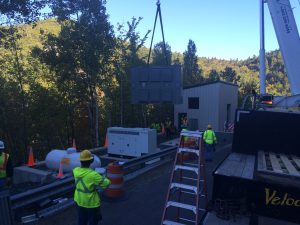 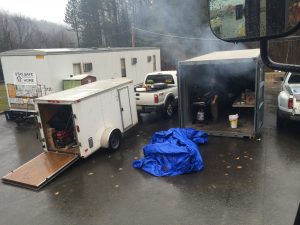 Cooking lunch for the crew 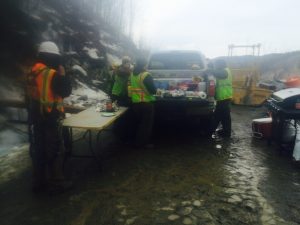 Having a barbecue for the crew