The hydroelectric project has installed capacity of 2.196 Megawatts, which will power 975 Vermont homes with clean, renewable energy. The power is supplied by 12 turbine - generators with six units in each array. Water from the reservoir flows through the turbine (runner) causing it to rotate, spinning both the turbine and generator, which produces electricity.

Currently, WMVE is in the process of running cable tray inside and outside the tower and installing all of the underground conduits in the control building and the new electrical substation at both Ball Mountain and Townshend simultaneously.

Townshend Lake Reservoir and ball mountain reservoir are both currently under construction to install hydroelectric generators to the current flood control system WMVE is working in conjunction with White/ReaderAassociates and D.A.Collins to bring the whole project together we are currently building a new control building that will house all of the equipment to bring the electricity from the new generators to the existing power grid this has included installing a new cable tray as well as feeder cable that run below the tower access bridge and down the face of the tower to the location of the new turbines, as well as control cables to tie the new system in with the existing flood control system owned by the Army Corps of Engineers. 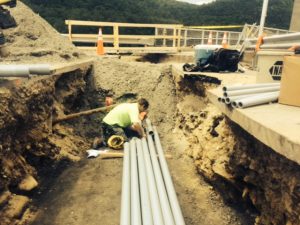 Installing 21 underground conduits from the control building to the bridge 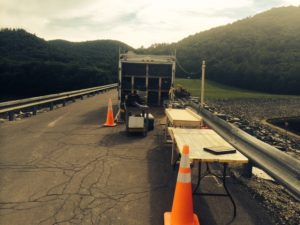 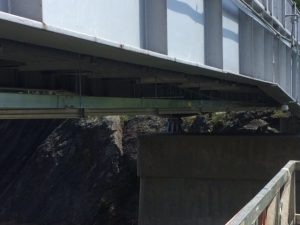 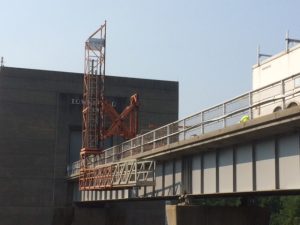 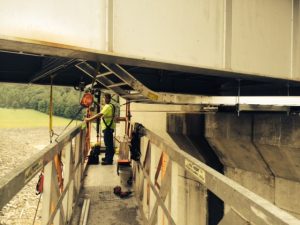 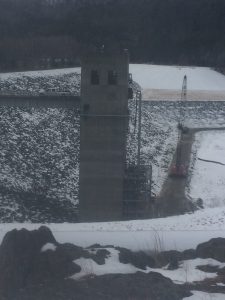